Bioptron use in breast cancer treatment 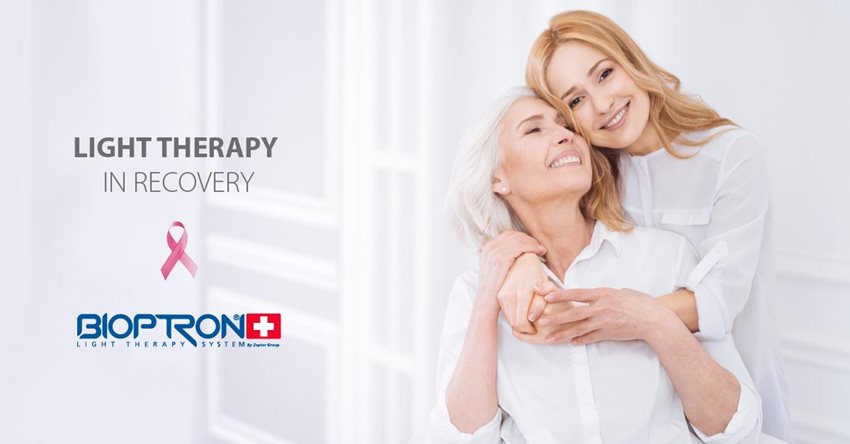 Breast cancer is the second most common cancer in the world

Breast cancer is the second most common cancer in the world and by far the most frequent cancer among women, with 1.7 million new cancer cases diagnosed in 2016 (25% of all cancers in women). Postoperative morbidity from breast or axillary procedures for breast cancer is reported to be as high as 30%. Most commonly, early postoperative problems include wound issues such as cellulitis, flap necrosis, abscess, dehiscence, hematoma and seroma. It is necessary to avoid delay in wound healing which may increase the risk of long-term morbidity. It is well known that the immune system and microcirculation play a crucial role in regenerative processes. Therefore, appropriate and timely rehabilitation is vital in the recovery from breast cancer surgeries, including breast-conserving surgery, mastectomy, axillary lymph node dissection and breast reconstruction. Conventional breast cancer treatment methods (surgery, chemo- and radiotherapy) may cause immunodepression. The immune rehabilitation of breast cancer patients is considered to be an important part of the treatment and recovery: the cellular and humoral components of the immune system play a critical role in tumor growth and metastasis, as well as greatly influence the outcome of the treatment.

What we know already

Bioptron light therapy does not only act locally but also has systemic effects, which are mediated via the blood, specifically the blood serum. Blood serum is a component of blood (similar to blood plasma), but does not include blood cells and clotting factors, but rather includes proteins, electrolytes, antibodies, antigens, hormones and any exogenous substances (e.g., drugs and microorganisms). Because Bioptron induces changes in the blood and blood serum, Bioptron light therapy can act on the entire body and can affect keratinocytes and fibroblast anywhere in the body. Fibroblasts are important for collagen and elastin production, and beneficial for wound healing. Keratinocytes’ primary function is to act as a barrier in the skin and to prevent water loss and fight foreign invaders. In particular, Bioptron light therapy has been shown to increase the growth and the number of fibroblasts and keratinocytes.

What is the effect of Bioptron light therapy on cancer cells? 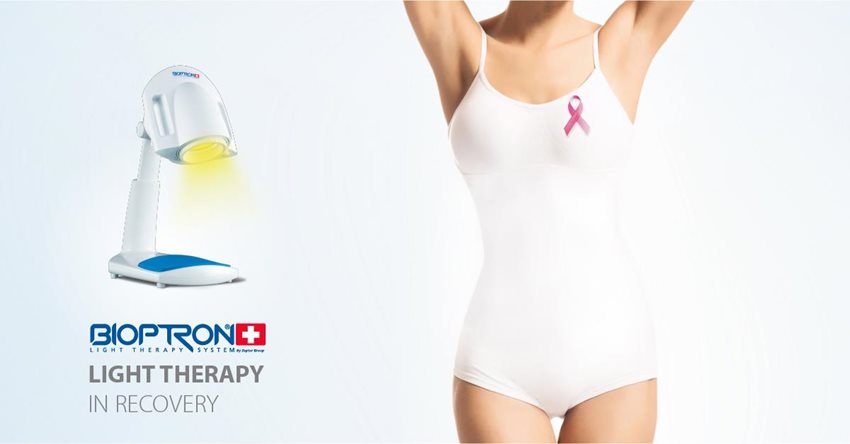 Samoilova et al. (2015) conducted a study to look at the effects of Bioptron light therapy on breast cancer patients in the early postmastectomy period. They collected blood (serum) samples after Bioptron treatment (daily treatment for 7 days) and looked at the (blood) serum’s growth-promoting properties on fibroblasts, keratinocytes and various breast cancer and epidermoid (skin) cancer cells and compared them to the serum taken prior to the Bioptron treatment. This was a controlled investigation of the effects of blood serum on different cell lines, in vitro, taken from patients before and after Bioptron treatment. The results showed that the blood serum of patients treated with Bioptron therapy had inhibitory/slowing down effects on the proliferation of tumor cells (i.e. decreased the growth of tumor cells) and positive effects on fibroblasts and keratinocytes.
Therefore, Bioptron light therapy ‘stimulate growth of human skin cells and simultaneously downregulate the proliferation of tumor cells’ (Samoilova et al, 2015) and in fact, slowed its progression – thus, it has a potential to increase survival rate (Knyazev et al, 2015, study on mice).
From these two above mentioned studies it was concluded that Bioptron light therapy: The study from Zhevago et al. (2017) aimed to verify the effectiveness of the use of Bioptron light therapy in post-surgical management (after mastectomy - surgical breast removal) in patients with Stage I and II breast cancer. Conventional breast cancer treatment (surgery, chemo & radiotherapy) is often associated with immunodepression. The recovery from the immunodepression (known as immunorehabilitation) is important for treatment, rehabilitation and the prevention of tumor growth and metastasis. In this randomized control group, the experimental group received Bioptron light therapy to the lumbar/sacral region (lower back) for 10 min. for 7 days after surgery. Bioptron light therapy blocked the immunodepression, normally associated with breast cancer treatment, and prevented the increase in inflammatory cytokines (markers) during the early phase after mastectomy. Furthermore, Bioptron light therapy helped to increase the effectiveness of natural killer cells. Natural killer cells are lymphocytes that circulate around the body, detect foreign cells and lead to their destruction (lysis). Bioptron light therapy ‘increases the sensitivity to lysis by natural killer cells’ , thereby aiding their destruction and detection, supporting the person’s own immune system to detect and destroy tumor cells (Knyazev et al, 2016). Overall, it is thought that this prevention of immunodepression, decrease in pro-inflammatory markers and increase in the sensitivity of tumor cells to natural killer cells are associated with a better outcome in patients.

Bioptron light therapy inhibits the proliferation of tumor cells. Scientific evidence strongly suggests that Bioptron positively influences the immune system to recognize mutated (tumor) cells and thereby, suppress their growth and progression.
This, however, does not suggest that Bioptron light therapy should be used as a monotherapy (as a single therapy) in cancer treatment. Cancer is a multifaceted disease, and many factors contribute to the disease profile, the immune system is only one of them. Taken together with the extensive research with Bioptron light therapy, it can be used in the prevention of complications associated with cancer and its treatment, such as the correction of the immune system, easing of pain, acceleration of wound healing, weakening of scar complications etc, thereby significantly improving the quality of life in patients.

If you would like further information or specific details on the studies, please do not hesitate to contact: sales@bioptron.com

This website uses "cookies", which serve to make our internet presence overall user friendly, effective and safer for example when it comes to speed up the navigation on our website and measure the frequency of page views and overall navigation. Cookies are small text files that are stored on your computer system, so that you can use all the features of our online shop optimally. We explicitly point out that some of these cookies are transferred from our server to your computer system - "session cookies". These cookies are automatically deleted at the end of the browser session from your hard drive Privacy Policy.